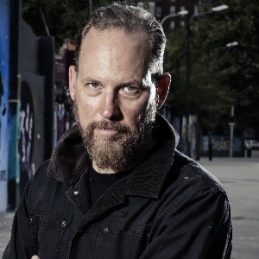 Brad Richards is the Vice President of Styling & Design at Harley-Davidson Motor Company. He is responsible for the Design & Development of Harley-Davidson’s legendary motorcycles from initial concept creation through final production.  Brad oversees all Motorcycle Design Operations which includes Design Technical Operations, Industrial Design, Graphic Design, Color Material & Finish, Digital Surfacing and 3-dimensional fabrication. Prior to joining Harley-Davidson in February 2015, Richards was Chief Designer at Ford Motor Company and also responsible for managing the design of F-Series Truck products including the aluminum 2015 F-150 and the 2018 Ford Raptor. In his 18 years at the company, he worked 14 years as a design leader and held roles in North America, Italy and Germany. Richards received a Bachelor of Fine Arts from the College for Creative Studies in Detroit where also he worked as a post-graduate industrial design instructor.