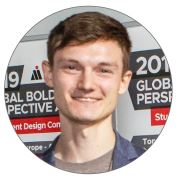 In an interesting twist, the Magna award helped the young designer find a fulfilling job and launch a promising career.

“A massive thank you to Magna,” said Lockyer, a recent graduate of England’s Coventry University and a London designer working on future electric vehicles for Arrival, a startup. “Project Andarta got me the job. My new employers sent me a message on LinkedIn when they saw the announcement. It’s been an unbelievable opportunity.”

At a glance, Project Andarta looks like a post-modern version of a Le Mans racecar, with its a low-slung silhouette and a silver exterior paint treatment designed to look like an oil slick on water.

But the car challenges automotive design in subtle and unexpected ways.

Side doors are skipped in this concept vehicle named for a Celtic mother goddess. Instead, a large front opening allows occupants to enter and exit the vehicle standing up, in a “more majestic way,” the designer explained. The cabin features “side of the pool” seating designed to give the interior a laid-back feeling.

Project Andarta is also about “personal growth,” said Lockyer, who grew up in Inverness, Scotland and is deeply into mindfulness and meditation.<

With the help of artificial intelligence, Project Andarta takes the traditional GT or Grand Touring vehicle segment to the next level by allowing the car to direct the journey with an eye toward cultural, intellectual and spiritual pursuits. (There is a built-in element of surprise, as well as an opt-out feature, if the trip is not to your liking.)

“Imagine going into a showroom of cars and picking one based on what it can show you about the world and yourself, and the adventures it could take you on?” Lockyer said. “I hope this provides a good challenge to the conventions laid down by traditional GT cars, current perceptions of A.I. and autonomy, and a new idea of what a car means to its user.”

His passion led to a college degree in automotive and transport design in 2019, and a design internship at David Brown Automotive, a custom builder of 1960s-inspired vehicles. During that time, Lockyer worked on a three-person team to create the Speedback Silverstone Edition, a limited-edition production car that debuted at the 2018 Geneva Auto Show.
Today, he gets his design ideas while “noodling on guitar or going for a walk.” He also keeps a dream journal.

One dream is to take “the automobile and make it something far more emotionally involved than it is today,” Lockyer said, noting that Magna is helping to make that a reality by being “a big support to young designers.” 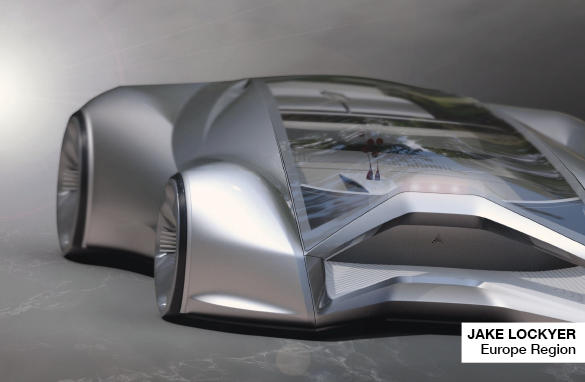 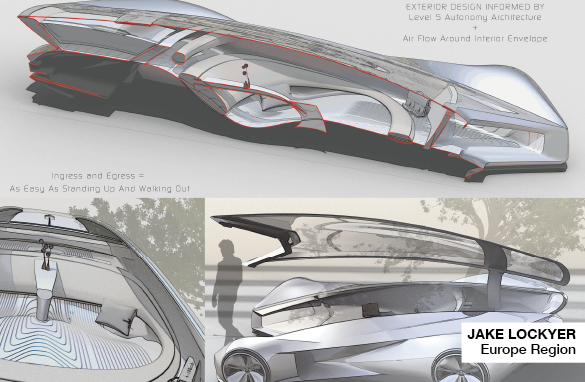 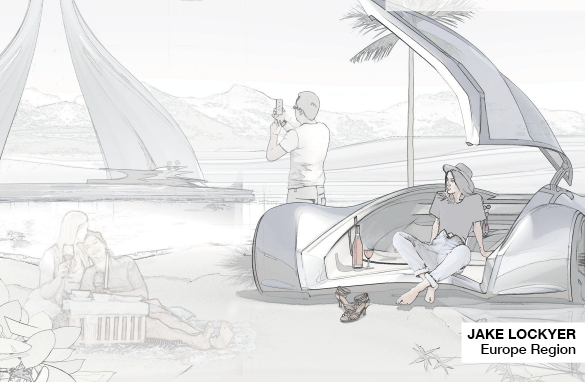 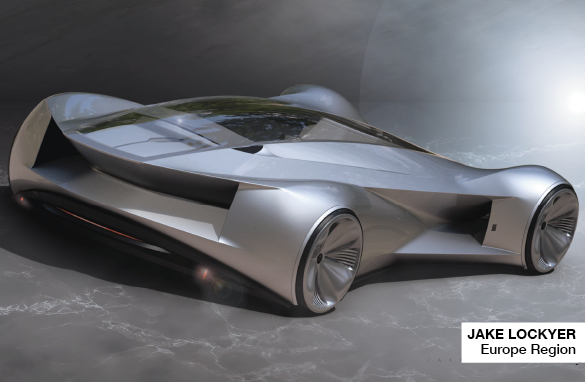