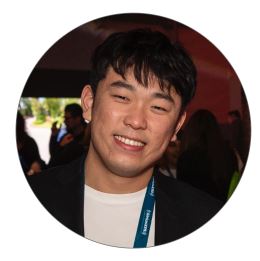 “Contests like the one sponsored by Magna are so important for young designers because they are a good way to improve our design skills and show the industry what we can do,” said Zhang, a graduate of ArtCenter College of Design and an interior designer for Geely Design in South Pasadena, California.

Contestants were asked to develop innovative vehicle exterior designs for 20-30 years into the future.

Zhang said he started the winning entry with a question: “Why should I spend 20K a year paying for someone else’s home when I can build my own and take it with me?”

His minivan-sized concept vehicle, which revolves around creativity and travel, features a customizable interior. Users book the vehicle for nine hours a day and at night plug it into a “living port” that provides access to laundry, shower and restroom facilities, along with battery charging.

Looking back, Zhang said he became steeped in interior vehicle design as a young boy growing up in Xuzhou, China. His mother was the sales manager at a local dealership and would let him sit in vehicles on the showroom floor after school.

But when he came to the U.S. at age 18, he decided to major in accounting at Pasadena City College.

“I quickly realized that was not my lifetime passion,” Zhang said. “Car design is what I really want to do. My mother encouraged me to pursue that dream.”

His website, westzhangdesign.com, showcases his automotive portfolio, everything from a flying car to an interior “privacy” concept inspired by a hijab, the veil worn by some Muslim women. That concept features a cover that slides out from the shell surrounding the seat to cover the rider’s face and body, something that could be used in a future ride-sharing vehicle.

Today, Zhang said he spends lots of time “sketching and sketching” and prowling around the exhibits that display everything from Hollywood dream machines to Japanese supercars at the Petersen Automotive Museum in Los Angeles.

“I can’t even remember how many times I’ve been there,” he said.

His six-month-old son Zeon may follow in his father’s footsteps, judging by his toy collection.

“All of my friends buy him cars,” Zhang said. “He doesn’t know how to play with them, but he already has close to 100.” 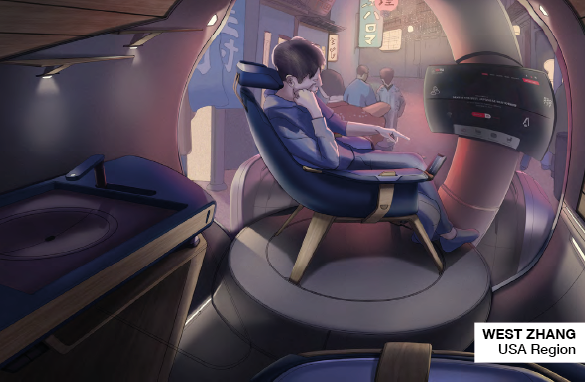 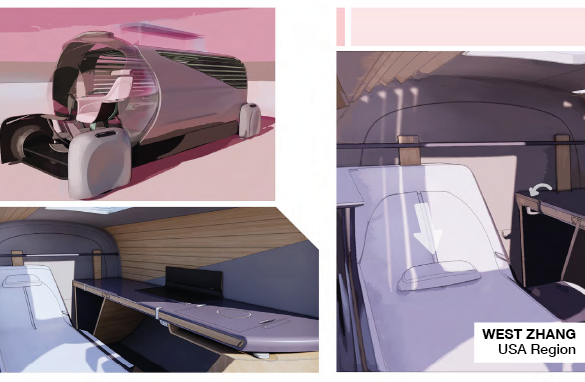 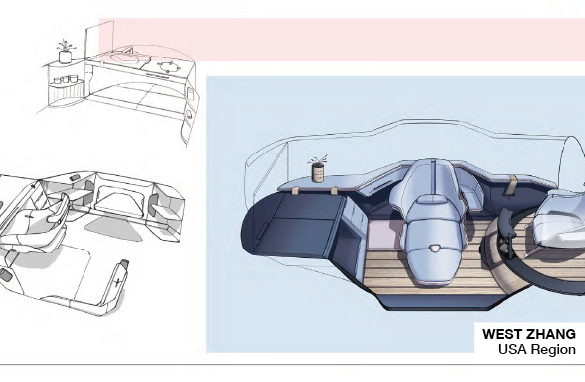 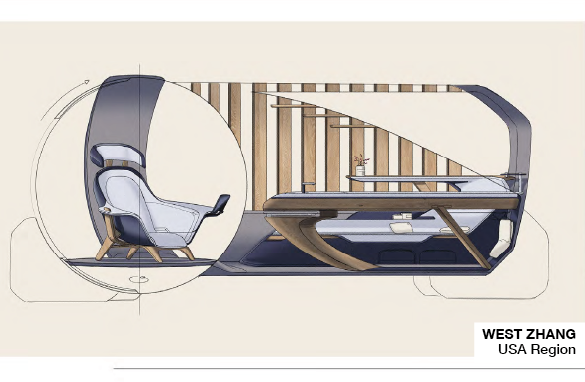 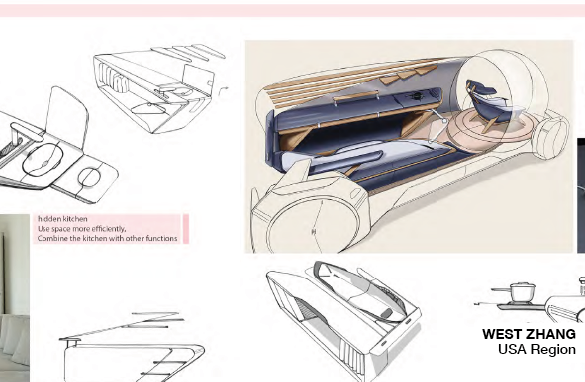 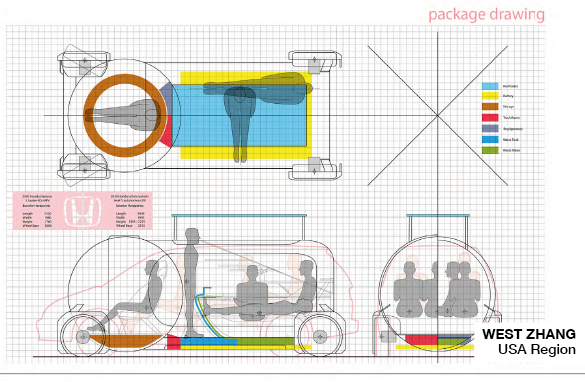